The Bartoli indole synthesis is an organic reaction where a substituted nitroarene is converted to an indole using an excess of a vinyl Grignard reagent followed by an acid work-up. The substituents on the nitroarene affect the yield of this reaction where the highest yields are observed for ortho substituted reagents and the bulkier groups usually result in higher yields. The Bartoli indole synthesis mechanism begins with a series of attacks on the nitroarene regent by the Grigrand reagents and is then followed by a 3,3 sigmatropic rearrangement (Claisen) step which results in an aldehyde intermediate. The aldehyde is then quickly attacked by the nearby nitrogen intramolecularly and a subsequent attack by the third equivalent of the Grignard reagent restored aromaticity. A final acid work-up step affords the indole product.[1][2] 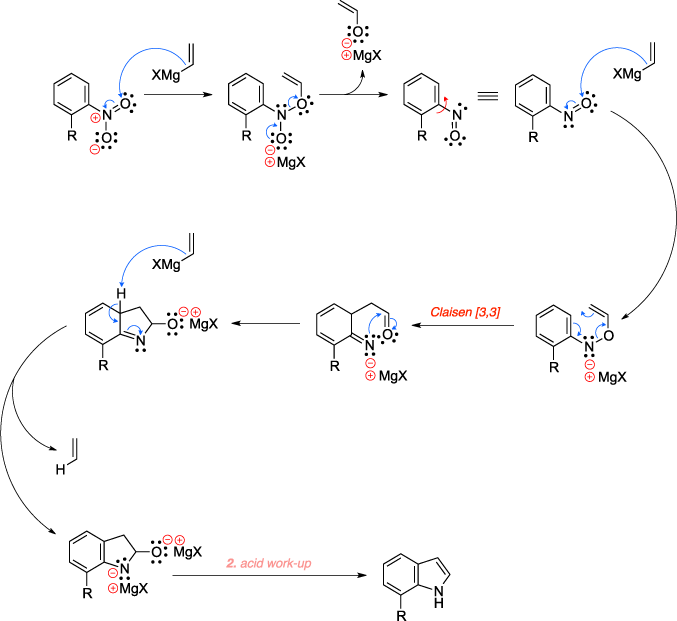