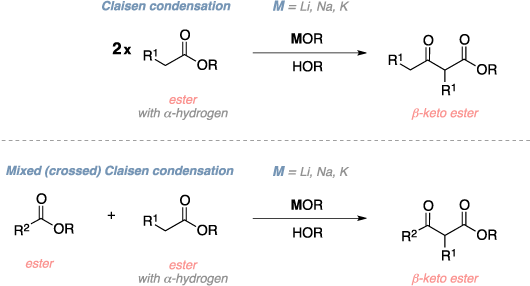 The Claisen condensation is an organic reaction used to form a carbon-carbon bond between two ester molecules using an alkoxide base in alcohol to make a β-keto ester. The R group of the ester starting material, the alkoxide base, and the alcohol solvent are chosen to be the same to not end up with a mixture of products. The ester starting material must have an α-hydrogen which is abstracted by the base to form an enolate and alcohol. The enolate then attacks the carbonyl carbon of another ester molecule, an OR group is released to regenerate the base, and the final β-keto ester product is formed. The intramolecular form of the Claisen condensation is the Dieckmann condensation.[1] 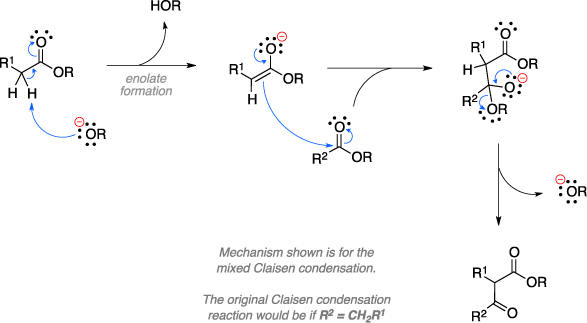