The Yamaguchi esterification is an organic reaction used to convert a carboxylic acid and an alcohol to an ester using triethylamine, the Yamaguchi reagent, and DMAP. The mechanism begins with deprotonation of the carboxylic acid by Et3N to form a carboxylate anion which then attacks the Yamaguchi reagent. The resultant acid anhydride get attacked by DMAP to form a better leaving group which is then displaced by the alcohol reagent. A final deprotonation step results in the ester product.[1] 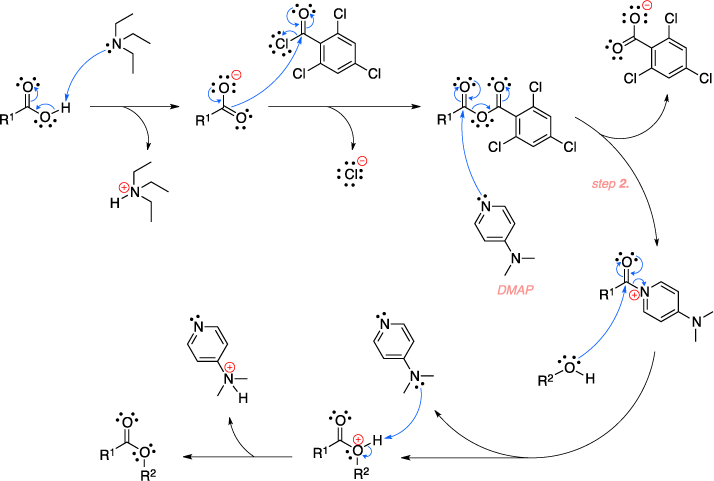