The Wittig reaction is an organic reaction used to convert a primary or secondary alkyl halide and an aldehyde or ketone to an olefin using triphenylphosphine and base. The mechanism beings with attack of the PPH3 on the alkyl halide which releases the halide anion and forms a phosphonium ion. The base then deprotonates at the alpha position to afford a phosphonium ylide. The ylide subsequently attacks the alde-hyde or ketone to form a zwitterion where the oxygen anion then attacks the phosphonium cation to form an oxaphosphetane. A rearrangement then generates the final olefin product and releases a triphenylphos-phine oxide by-product whose formation of a strong P=O bond is the driving force for this reaction.[1][2] 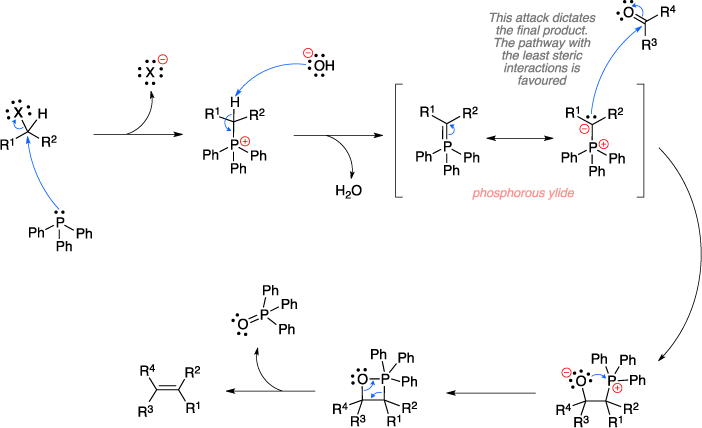