The Heck reaction is a cross-coupling reaction of an organohalide with an alkene to make a substituted alkene using palladium as a catalyst and a base. The reaction begins by oxidative addition of the aryl halide to the palladium, which is followed by coordination and migratory insertion of the olefin to the palladium. Bond rotation then places the two groups trans to each other to relieve the steric strain and subsequent β-hydride elimination results in a trans final product. Base mediated reductive elimination regenerates the palladium(0) catalyst.[1][2][3] 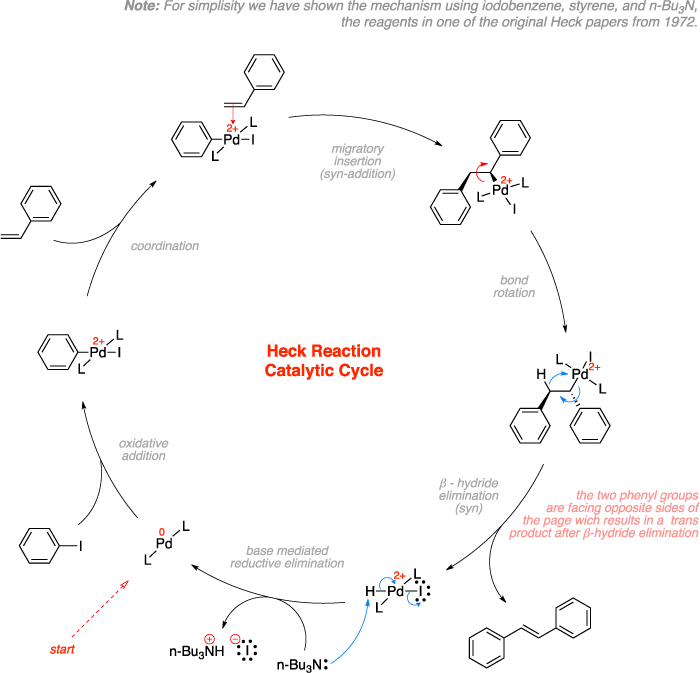