The Suzuki cross-coupling reaction is the organic reaction of an organohalide with an organoborane to give the coupled product using a palladium catalyst and base. The mechanism begins with oxidative addition of the organohalide to the Pd(0) to form a Pd(II) complex. A molecule of the hydroxide or alkoxide base then replaces the halide on the palladium complex, while another adds to the organoborane to form a borate regent making its R group more nucleophilic. Transmetalation with the borate then follows where its R group replaces the halide anion on the palladium complex. Reductive elimination then gives the final coupled product, regenerates the palladium catalyst, and the catalytic cycle can begin again.[1][2] 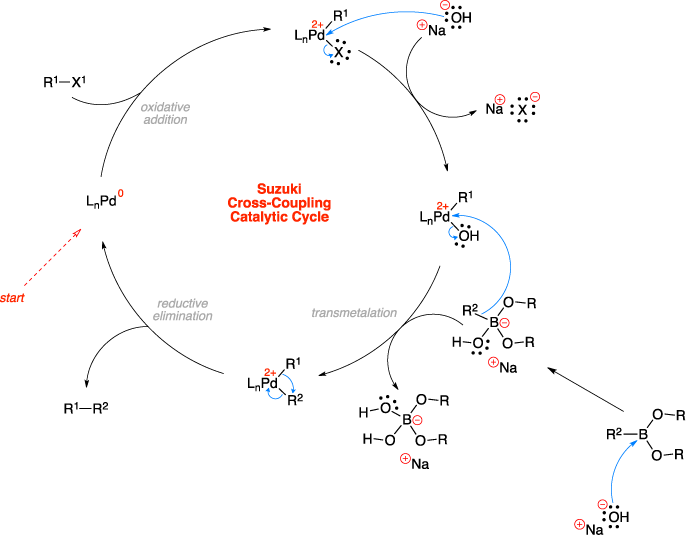