The Sonogashira cross-coupling reaction is the organic reaction of an organohalide with a terminal alkyne to give the coupled product using a palladium catalyst, a copper catalyst, and base. The palladium cataly-zed mechanism begins with oxidative addition of the organohalide to the Pd(0) to form a Pd(II) complex. Transmetalation with the organocopper reagent, formed from the terminal alkyne and the copper catalyst, then follows. The alkynyl anion replaces the halide on the palladium complex and regenerates the copper halide catalyst. Reductive elimination then gives the final coupled product, regenerates the palladium catalyst, and the catalytic cycle can begin again.[1] 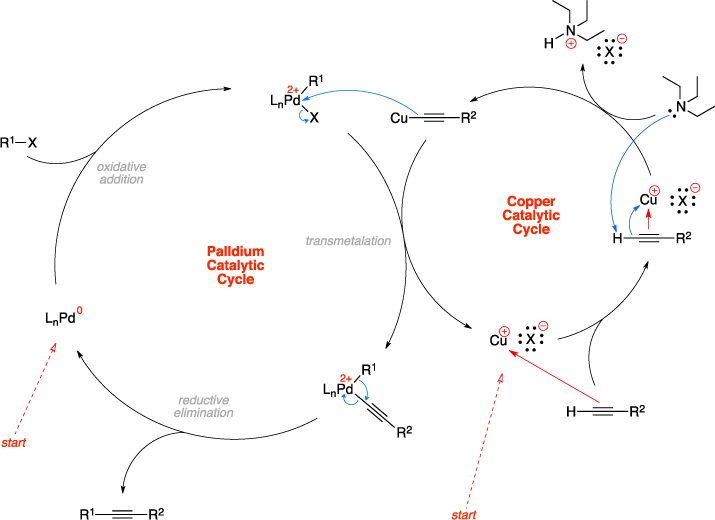