The Reformatsky reaction is an organic reaction used to convert an α-haloester and an aldehyde or ketone to a β-hydroxyester using zinc metal followed by an acid work-up. The reaction begins with oxidative addition of the zinc metal to the carbon-halogen bond of the α-haloester. Two of the resulting compounds coordinate to each other forming a dimer, which then undergoes a rearrangement to give two molecules of O-zinc enolates. The oxygen of the aldehyde or ketone reagent then coordinates to the zinc and another rearrangement ensues which joins the two reagents with a carbon-carbon bond. An acid work-up then cleaves the zinc-oxygen bond to give the final β-hydroxyester product and a zinc(II) salt.[1] 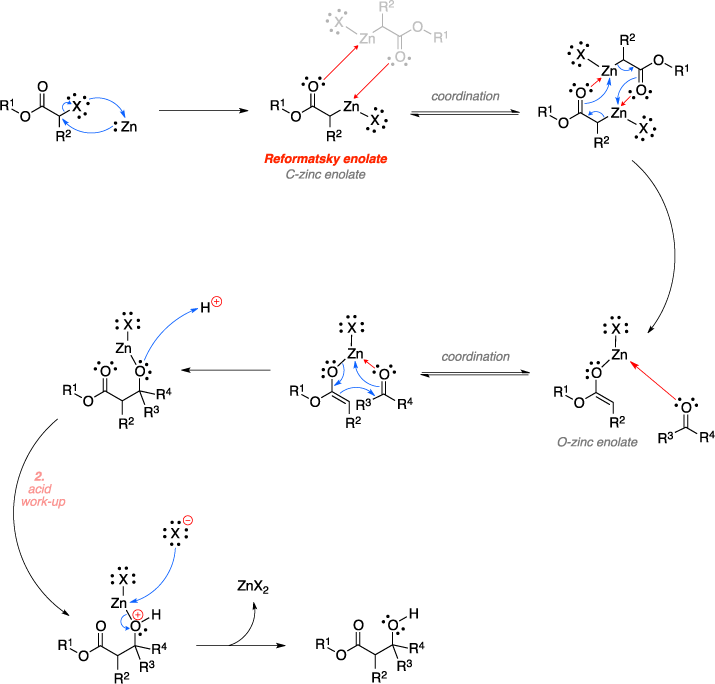