The Robinson annulation is an organic reaction used to convert a ketone and an α,β-unsaturated ketone to a cyclohexenone using base. The mechanism begins with deprotonation with the base of the α-hydrogen of the ketone to form an enolate. The enolate then does a 1,4 addition to the conjugated olefin (Michael addition), which then abstracks a proton from water to form a diketone. Deprotonation of the other α-hydrogen with base forms another enolate which then does in intramolecular attack on the ketone group to give a cyclic alkoxy intermediate. Protonation of the alkoxy and a final elimination step result in the cyclo-hexenone product.[1] 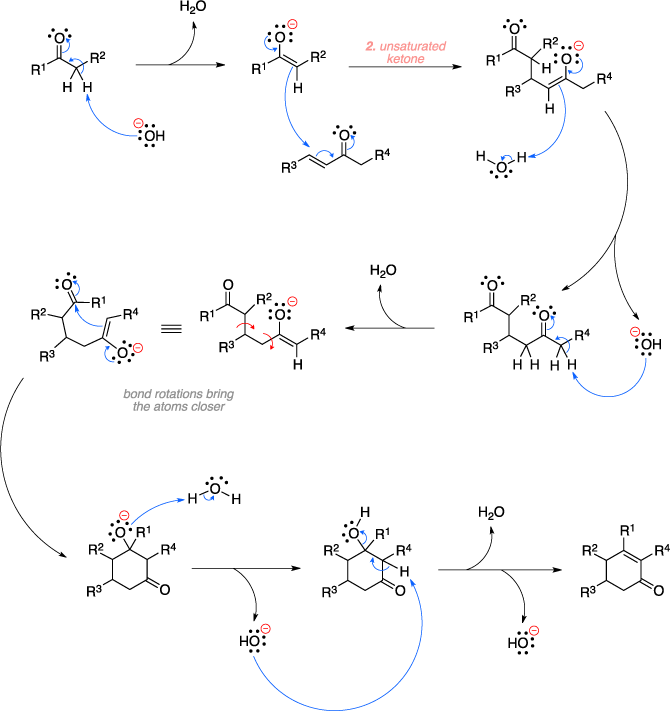 Other Addition and Dehydration Reactions: